An Angel with a Sword

An Angel With a Sword
Mormon Prophet Joseph Smith practiced polygamy from about 1834 until his death in 1844.  The Church of Jesus Christ of Latter Day Saints continued to practice polygamy until 1905

In justifying "plural marriage" or "celestial marriage" to his wife, young women and women married to other men, Joseph would Claim that "An angel with a sword" has commanded him to marry these women. 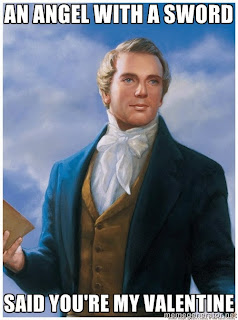 The Mormon Church in their 2015 Essay on Plural Marriage had the following paragraph:
When God commands a difficult task, He sometimes sends additional messengers to encourage His people to obey. Consistent with this pattern, Joseph told associates that an angel appeared to him three times between 1834 and 1842 and commanded him to proceed with plural marriage when he hesitated to move forward. During the third and final appearance, the angel came with a drawn sword, threatening Joseph with destruction unless he went forward and obeyed the commandment fully.


It is amazing to think that in 2015 the LDS church is justifying Joseph's sexual exploits by claiming an angel with a sword commanded it.

The church's statement above implies that we need to feel sorry for Joseph because he was asked to do this difficult task.  He had to sleep with other men's wives, teenage girls that worked in his home and all of this while lying to his wife, members of the church, his brother Hyrum and the authorities. 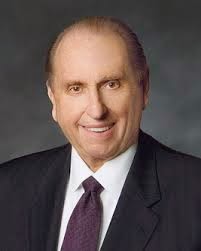 Joseph never claimed that there was another witness to the angel.  I wonder how it would go over today if President Thomas S. Monson came to a father and said that an Angel with a sword has commanded him to marry his 14 year old daughter.

I can't help but add a post that a person gave on Reddit related to this topic:

That lazy-****** Angel with a Sword! Here's what he could have done if he were concerned with more than just JS's wife collection: