The Family of President John Taylor in 1886 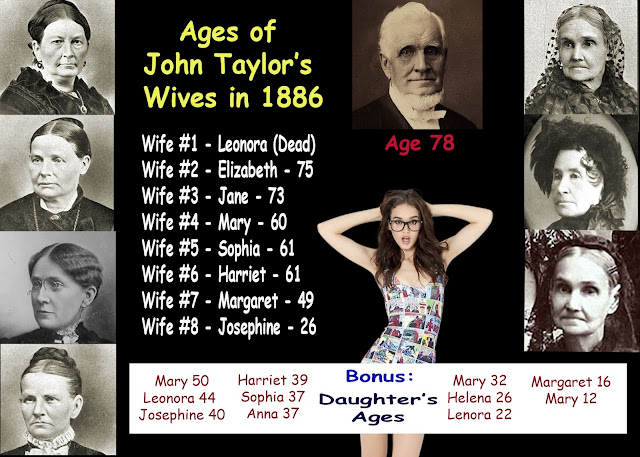 Notes:
The photos of the women aren’t actual photos of Taylor’s wives.

This Ensign Article from 1980 Entitled "The Family of John Taylor" only mentions 3 of his wives.
Kind of tells us how the LDS Church felt about women in 1886 as well as 1980.

These notes were from an ExMo Reddit Post a year ago:
John Taylor was in Kaysville at the time, hiding from federal marshals. These marshals were attempting to arrest Taylor on the charge of bigamy. Josephine was helping Taylor with office work during this period.
According to author Samuel Taylor (John Taylor's grandson), even though the prophet "had one foot in the grave, he had not lost his eye for a pretty girl." (The Last Pioneer, Signature Books, p. 373). Samuel also states that President Taylor became "frisky as a colt" and "became downright courtly."
The marriage was short-lived as Taylor passed away in 1887.
No comments:
Email ThisBlogThis!Share to TwitterShare to FacebookShare to Pinterest

The Book of Mormon teaches that
when Jesus is pissed off
he randomly destroys entire cities, including all the CHILDREN. 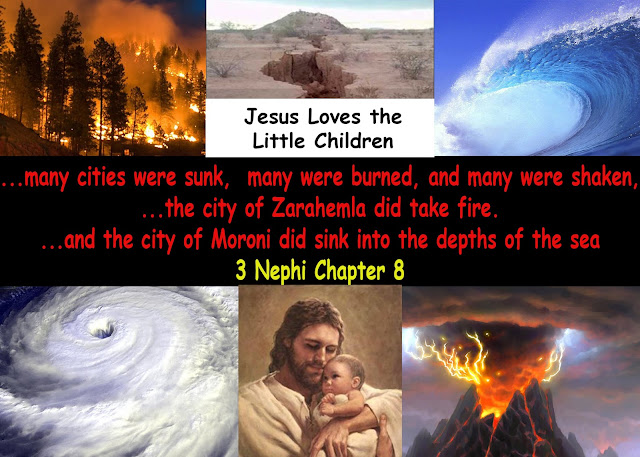 The Mormon God is
particularly good a committing and encouraging
Murder of the Innocent. 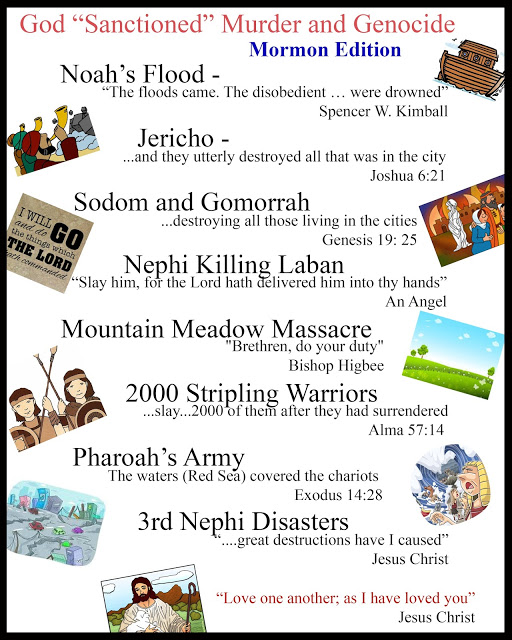 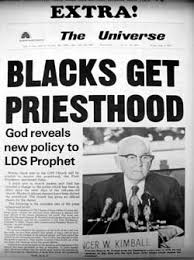 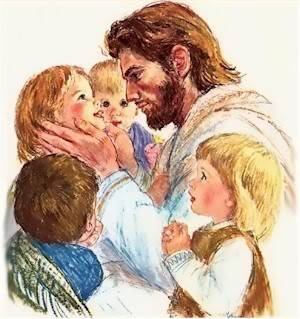 
2 comments:
Email ThisBlogThis!Share to TwitterShare to FacebookShare to Pinterest

Reasons I Went From Mormon to Atheist

When my belief in Mormonism collapsed I briefly considered several other Christian and non - Christian Religions.  My quest didn't last long. This is my thoughts on why I and so many Mormons that leave the church ultimately end up as Atheists.

Reasons I Went From Mormon to Atheist

2. I Don't believe in Magic Anymore
Once you realize that Mormon tales of angels, magic rocks and gold plates are fake, you quickly reject all supernatural.

3. I'm Finally off Prozac!!
Mormons are overwhelmed by guilt and stress. Leaving all religion has been great for my mental health.

4. Second Saturday !!
Having one more day a week to rest, play and work around the house is awesome!

5. I've Made Real Friends Now
The LDS social structure is very fake and judgmental. Although it was hard at first, it's nice to make friends for reasons other than because you see them at church.

7. I've accepted that Science is Truth
Most other religions carry the same anti-science baggage that Mormonism does and I can't ignore it anymore.

8. Mormon History and Doctrine are Fascinating!
Learning about LDS theology and how it developed is intriguing. Other religions seem boring by comparison.

9. I Can't Leave Mormonism Alone
Mormonism is way more interesting as an Ex-Mormon!  Researching about LDS Church History and doctrine as an ExMo eats up a ton of my time.

10. Mormon services are Boring
And I've found that every other religion's meetings are as bad or worse and I don't know their songs.

11. Family and Friends
My Mormon family can handle it if they think I'm just "inactive". Joining another church would be hard for them. Just don't announce you are an atheist. In Mormonism, atheism = Satanic Baby Killer.

12. I Love Technology!
The LDS Church has great web sites, digital books, apps and videos plus free WiFi! Most other churches fail by comparison in the digital world.

13. I'm too old to learn new tricks!
The Mormon brand of Christianity is so unique and bizarre that trying to learn the language of any other creed is too hard and I'd probably sound like a fool.

14. Being Motivated by Humanism is way better
Mormons are guilt zombies!! They push themselves to do everything out of fear of neighbors, Bishops and a God who wants to drown, burn or torture them for eternity. It's pretty nice to help others because you care about them.

15. I Just Don't Believe in God
The idea of God sounds intriguing, but once you realize that there isn't a vindictive being spying on me at all times, life can be pretty great!!


You claim to speak for Jesus Christ, you claim to have the ability to discern what are the "Philosophies of Men" and "Christ's basic essential doctrines".

And yet you have risen in leadership without an understanding of "Christ's basic essential doctrines" like loving unconditionally and not punishing children for the acts of their parents.


You are the worst of humanity!  Someone who claims moral authority over others and claims people with different thoughts are from Satan. 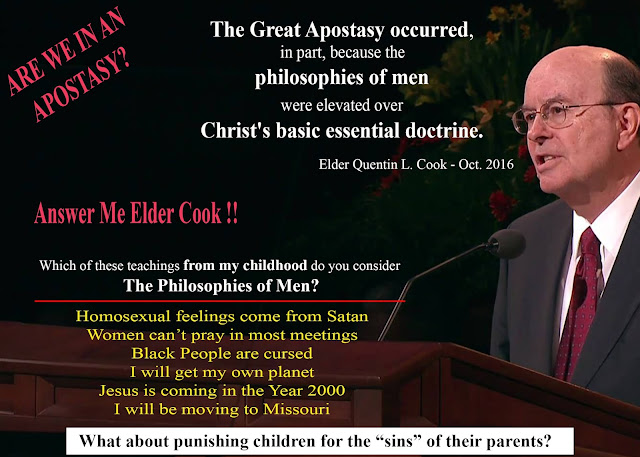 There is great value in acquiring learning and intelligence. “But we also know the preferred strategy of the adversary is to lead people away from God and cause them to stumble by emphasizing the philosophies of men over the Savior and His teachings.”
The Great Apostasy occurred, in part, because the philosophies of men were elevated over Christ's basic essential doctrine. Instead of the simplicity of the Savior's message, many plain and precious truths were changed or lost.
“Historically, and in our own day, some people reject the gospel of Jesus Christ because in their view it doesn’t have adequate intellectual sophistication,” he said.