The LDS Primary Manual has more lies than the Nauvoo Expositor

NO.  Don't destroy printing presses,  but we need to call out when a church prints myths as truth, especially to children. 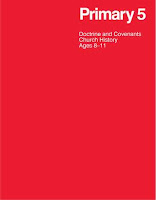 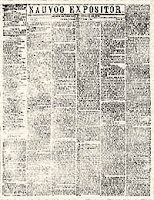 
Over the past year I have chronicled the many lies in the LDS Church manual for children.
Here are a few of my other posts:

Chapter 37 says that the Nauvoo Expositor was "filled with vicious lies" about Joseph Smith.

The reality is that the "Church History" Primary Manual contains more lies than the Nauvoo Expositor and when William Law called out Joseph Smith's abuse and polygamy it was true.

Is it time to destroy the printing presses of the LDS Church ?  No, but it is time to call them out on the lies, myths and half truths that are contained in a manual taught to children.

"Some enemies of the Church....started a newspaper in which they told many vicious lies about Joseph Smith. The members of the Church were angry about these lies. Joseph Smith, who was mayor of Nauvoo at the time, called a meeting of the city council, which was composed of both Church members and nonmembers. The city council declared the newspaper a “public nuisance” and ordered the town marshal to destroy the printing press used to print the newspaper."
The Nauvoo Expositor did not tell lies, it exposed Joseph Smith's polygamy, abuse of power and
The Nauvoo Expositor article had three main points:
1. Joseph Smith was a fallen prophet.
2. Joseph was practicing polygamy.
3. Joseph Smith had too much power and was trying to create a theocracy.

All of these are true, but there are at least 25 lies that the LDS Church knowingly teaches children between the ages or 8 and 11 in their manual.
Sources:
Mormon Think
$50 challenge