Importance to attract the attention of the great ones....of the day.

In the LDS Pearl of Great Price, Mormon Founder Joseph Smith describes the reaction when he told people about seeing God and Jesus in his famous vision:


"Yet men of high standing would take notice sufficient to excite the public mind against me, and create a bitter persecution; and this was common among all the sects--all united to persecute me."

"Importance to attract the attention of the great ones of the most popular sects of the day."

The Palmyra Register was a newspaper from 1817 to 1821.  There is no reference at all to a young boy who claimed to see a vision or any reaction by the preachers or people of the town.  At the time the population of Palmyra was less than 4000.

There is no doubt that LDS Historians have scoured every Newspaper from every city in New York looking for proof.  (Wayne County Newspaper History)

The problem with beginning a religion in the 1820's is that the historical record is enormous.... and there is nothing to back Smith story....not a single letter, article or journal entry. 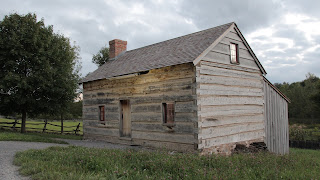 Full text of Joseph Smith History verses 21 - 25
21 Some few days after I had this vision, I happened to be in company with one of the Methodist preachers, who was very active in the before mentioned religious excitement; and, conversing with him on the subject of religion, I took occasion to give him an account of the vision which I had had. I was greatly surprised at his behavior; he treated my communication not only lightly, but with great contempt, saying it was all of the devil, that there were no such things as visions or revelations in these days; that all such things had ceased with the apostles, and that there would never be any more of them.
22 I soon found, however, that my telling the story had excited a great deal of prejudice against me among professors of religion, and was the cause of great persecution, which continued to increase; and though I was an obscure boy, only between fourteen and fifteen years of age, and my circumstances in life such as to make a boy of no consequence in the world, yet men of high standing would take notice sufficient to excite the public mind against me, and create a bitter persecution; and this was common among all the sects—all united to persecute me.
23 It caused me serious reflection then, and often has since, how very strange it was that an obscure boy, of a little over fourteen years of age, and one, too, who was doomed to the necessity of obtaining a scanty maintenance by his daily labor, should be thought a character of sufficient importance to attract the attention of the great ones of the most popular sects of the day, and in a manner to create in them a spirit of the most bitter persecution and reviling. But strange or not, so it was, and it was often the cause of great sorrow to myself.
24 However, it was nevertheless a fact that I had beheld a vision. I have thought since, that I felt much like Paul, when he made his defense before King Agrippa, and related the account of the vision he had when he saw a light, and heard a voice; but still there were but few who believed him; some said he was dishonest, others said he was mad; and he was ridiculed and reviled. But all this did not destroy the reality of his vision. He had seen a vision, he knew he had, and all the persecution under heaven could not make it otherwise; and though they should persecute him unto death, yet he knew, and would know to his latest breath, that he had both seen a light and heard a voice speaking unto him, and all the world could not make him think or believe otherwise.
25 So it was with me. I had actually seen a light, and in the midst of that light I saw two Personages, and they did in reality speak to me; and though I was hated and persecuted for saying that I had seen a vision, yet it was true; and while they were persecuting me, reviling me, and speaking all manner of evil against me falsely for so saying, I was led to say in my heart: Why persecute me for telling the truth? I have actually seen a vision; and who am I that I can withstand God, or why does the world think to make me deny what I have actually seen? For I had seen a vision; I knew it, and I knew that God knew it, and I could not deny it, neither dared I do it; at least I knew that by so doing I would offend God, and come under condemnation.
No comments:
Email ThisBlogThis!Share to TwitterShare to FacebookShare to Pinterest
Newer Posts Older Posts Home
Subscribe to: Posts (Atom)