According to LDS Church History all of these items were seen by multiple witnesses and yet they are now lost, destroyed, or badly damaged.

All relics that are mentioned in the Book of Mormon

Altar of Adam - Lost or destroyed
A stone altar in Missouri that Joseph Smith said Adam prayed at after leaving the Garden of Eden.
Reference Link
Pro - LDS Source


116 Pages of the Book of Mormon - Lost, perhaps altered, burned
Pages that Joseph Smith "translated" from the Golden Plates.

Mummies that were with the Book of Abraham Papyrus . - lost or sold.
Reference Link
Pro - LDS Source

So what is left? A rock!!
"And upon this rock will I build my church." 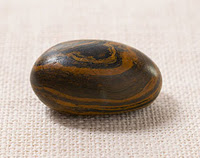