If you could ask God any question you want..... 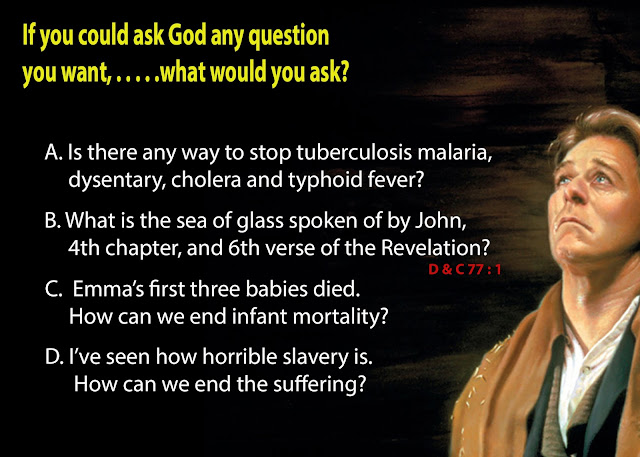 In 1832 Joseph Smith supposedly had a chance to ask God any questions he wanted...

Choice A.
The leading causes of death in 1830 were tuberculosis, malaria, dysentery cholera and typhoid fever.


Choice B.
This is the question Joseph Smith asked.  The answer he "received" is:

It is the earth, in its sanctified, immortal, and eternal state.
Link

Choice C.
Emma's first three babies all died at birth.  An adopted baby would die less than a month after this revelation was received.


Choice D.
In 1832 there were about 2 million slaves living in the United States.