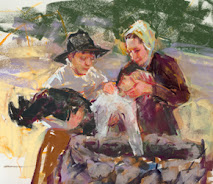 Joseph Smith blamed the victims of the Haun's Creek Massacre for their own deaths.

On October 30, 1838, at the height of the "Mormon Missouri Conflict" a settlement was attacked by a Missouri Militia at Haun's Creek. 17 men and boys were killed, several of their bodies were mutilated and many women were assaulted. Houses were robbed, wagons, tents, and clothing were stolen, and horses and livestock were driven off, leaving the surviving women and children destitute.

Four years later at a meeting in Nauvoo, Joseph Smith blamed the victims.

Quote by Joseph Smith Manuscript History of the Church

"I had told them about fighting the Missourians, and about fighting alone. I had not fought them with the Sword, or by carnal weapons; I had done it by stratagem, by outwitting them, and there had been no lives lost, and there would be no lives lost if they would hearken to my Council. Up to this day God had given me wisdom to save the people who took Council. None had ever been killed who abode by my Council. At Haun's Mill the brethren went contrary to my Council; if they had not, their lives would have been spared."

Why it is Wrong:

Joseph Smith blaming the 17 victims for their own brutal deaths is inexcusable.

There are lots of reasons for the "The Missouri Conflict" It was a complicated mix of frontier land battles and religious extremism.

The first group to blame is the Missouri Militia who attacked the settlers.  Also to blame was Governor Lilliburn Boggs who issued an extermination order against the Mormons.

Joseph Smith and the Mormons also bear substantial blame. In 2014 the LDS Church issued a carefully worded essay admitting that the Mormon settlers (Including the Danites) bear some responsibility.

"A few days before the attack Mormon Apostle Lyman Wight and several companies of Mormon defenders forced the removal of several hundred non-Mormons from Daviess County."

“The Mormons didn’t hurt anybody,“They just kind of went up to their houses and said, ‘You’ve got 24 hours to get out." Source - LDS.org

It is questionable if Joseph Smith actually warned anybody about leaving Haun's Mill, if he warned anyone it was mill owner Haun who was NOT a member of the church and did not consider Smith his leader.  The men, women and children who died were moving to Missouri because they were promised they were coming to Zion. Instead they were moving into a war zone. They gathered at the mill in desperation, seeking safety. Most of the victims were new converts to the faith and new arrivals to the area.

“Because of the hostile activities, Jacob Hawn was appointed to go to Far West to seek counsel concerning whether or not they should continue to maintain the mill site and remain in the area,”  “The Prophet informed him that they should abandon the mill so as to not risk the lives of the Saints living there. However, when Hawn returned, he reported that Joseph Smith said they could stay and maintain the mill.”

It is important to note that Joseph Smith had promised through revelation that Zion would be created in Missouri. It would be a place of peace. He also promised that God would fight their battles for them and be by their side. None of that happened.

The current LDS Church Leadership continues to create a mythology surrounding Joseph Smith and his life that fits their faith promoting narrative.

Side Note: Those of you who grew up reading books by Beverly Cleary might be interested that she is a decedent of Jacob Haun. Haun and his wife were not at the mill during the attack and later moved to what became the Oregon Territory in about 1843. They settled part of the area in what is now Yamhill Oregon and are buried there. Source 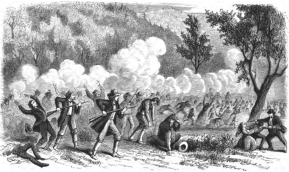