The "Windows of Heaven" Myth

Most Mormons are familiar with the 1963 movie Windows of Heaven about Lorenzo Snow's 1899 trip to St. George and the revelation about tithing he received there. 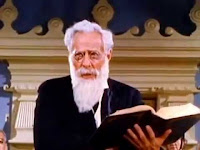 What you might not be aware of is that the story is A MYTH.

1. Snow had been pushing tithing for months before that.
2. He promised a return to Missouri in 20 years, not rain.
3. The rain that did come was so violent that it washed out roads.

Timeline:
1890 - Wilford Woodruff Issues the "Manifesto" ending polygamy.  The church has spent years fighting the U.S. Government and was in deep debt.  The Edmund's Tucker Act of 1887 had nearly destroyed the church financially.

1893 - The Salt Lake Temple is finished and dedicated.

1893 - There was a financial panic and depression that lasted four years.  Some states had 40 percent unemployment.  Utah was also badly affected.

1898 - Lorenzo Snow becomes the 5th LDS Church President and Rudger Clawson is called as an Apostle.  Snow feels that his special mission is the get the Church out of debt.

1899 - Clawson produces a detailed analysis of the Church's finances and announces that the church is $1,333,475.89 in debt.
Early in 1899 - To solve the debt, President Snow make several measures to help solve the problem:


May and June of 1899, 85 year old Lorenzo Snow, his 43 year old wife and many of the Church leaders took a trip through much of Utah.  He speaks to more than 20 congregations throughout Southern Utah and has a consistent message of Tithing and Returning to Zion in Missouri.  Including predicting that they would return to Zion within 20 years.  Little or nothing is said about paying tithing to end the drought.

1902 - St. George drought finally ends.  (Not remotely like it happened in the movie)

1934 - 1938 - Lorenzo Snow's son Le Roi writes the several articles emphasizing the myth of the tithing revelation, including the article "Out of Bondage" in the Improvement Era. 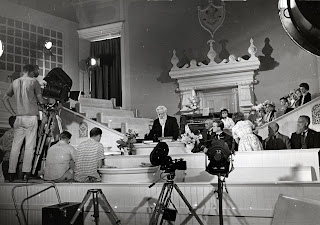 Will Brooks’ reaction to the dramatic scene of revelation in the movie Windows of Heaven: “I must protest the whole thing—that is NOT how it was. President Snow was not weak and shaky . . . . Nor was there the great dramatic moment of the picture. He made a good talk, a strong talk. He did pause for a while at one point, but the audience saw nothing that could be interpreted as a revelation.” Juanita Brooks, Uncle Will Tells His Story (Salt Lake City: Taggart & Company Inc. 1970), 64.

On 17 May 1899 President Snow spoke at a conference in St. George, Utah. During his talk, he suddenly paused. The room was still as everyone waited for him to speak. When he started talking again, his voice was strong, and the people could tell that he was speaking under the inspiration of the Lord. He said, “The word of the Lord is: The time has now come for every Latter-day Saint … to do the will of the Lord and to pay his tithing in full. That is the word of the Lord to you, and it will be the word of the Lord to every settlement throughout the land of Zion” (quoted in LeRoi C. Snow, “The Lord’s Way Out of Bondage,” p. 439).
President Snow told the Saints that the Lord was displeased with them because they had not been paying their tithing. He promised the people that if they paid their tithing, rain would fall and they would be able to plant and harvest good crops.
After his talk in St. George, President Snow wanted the whole Church to know about the revelation he had received. On his way back to Salt Lake City, he stopped in many settlements to preach the law of tithing to the people, and when he returned to Salt Lake City, he called an important meeting in the temple to talk to priesthood leaders about tithing. In one talk he said: “The poorest of the poor can pay tithing; the Lord requires it at our hands. … Everybody should pay tithing. … The law shall be observed. … And we shall pay our debts. … God bless you” (quoted in Carter E. Grant, The Kingdom of God Restored, p. 546). The Saints everywhere accepted what President Snow said and started paying tithing.

Because of an excessive building program and other causes, in the late 1950s the Church was once again in a financial crisis. The Presiding Bishopric hence commissioned this film of the BYU Motion Picture Studio to help in a reformation similar to that in 1899; the brief was for a film on tithing, and Scott Whitaker struck upon this particular story.

Both the scope of production and publicity for the film were the greatest of any BYU film up to this point. The thirty minute commission grew into a fifty minute production--their longest yet--and hundreds of Church members were involved, including Harold B. Lee, who scouted for period locomotives. The members in St. George, including some who had been present in the actual meeting with President Snow, were particularly stallwart in creating this film, which they saw as their story. President David O. McKay, who had also known President Snow, was greatly moved, and after a St. George premiere it was distributed throughout the wards and missions and became BYU's most popular film; it effected a similar retrenchment in tithing, and the financial crisis was solved.

Scott Whitaker's script was apparently based primarily on the writings of Lorenzo Snow's son LeRoi. In his article, E. Jay Bell discusses several of the differences between the historical and the filmic events, foremost among them the fact that President Snow never mentioned anything about rainfall in connection with tithing.