The Sad Story of Vilate Kimball

The Sad Story of Vilate Kimball
Vilate Murray married Heber C. Kimball on November 7, 1822 in Canada.  For 10 years they lived peacefully.  In 1833 they were taught by LDS Missionaries and converted to Mormonism.  Shortly after joining the church they moved to Kirtland to be with the rest of the saints there.

Heber was made an Apostle and they suffered greatly with all the saints in Ohio, Missouri and ended up in Nauvoo.  Heber served several missions including at least 2 years in England.

While living in Nauvoo, Joseph Smith approached Heber with the doctrine of plural marriage, this alone was hard for Heber to accept but then Joseph explained that he (Joseph) had been commanded to have Vilate as his wife.  By this time Heber and Vilate had been married for nearly 20 years! 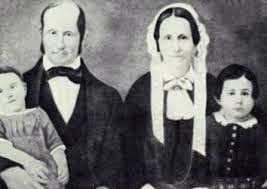 Three days he fasted and wept and prayed. Then, with a broken and a bleeding heart, but with soul selfmastered for the sacrifice, he led his darling wife to the Prophet's house and presented her to Joseph.
It was enough—the heavens accepted the sacrifice. The will for the deed was taken, and "accounted unto him for righteousness." Joseph wept at this proof of devotion, and embracing Heber, told him that was all that the Lord required. He had proved him, as a child of Abraham, that he would "do the works of Abraham," holding back nothing, but laying all upon the altar for God's glory.
The Prophet joined the hands of the heroic and devoted pair, and then and there, by virtue of the sealing power and authority of the Holy Priesthood, Heber and Vilate Kimball were made husband and wife for all eternity.

Joseph announced that it was all a big test and then allowed them to be sealed.  But the test was not over.  Within a few weeks, Joseph approached Heber and asked to marry his 14 year old daughter Helen Mar.  The Kimball's agreed to this.

Heber would go on to marry 65 women and was the second most powerful man in the church for many years.

Three quotes by Heber that are often seen: 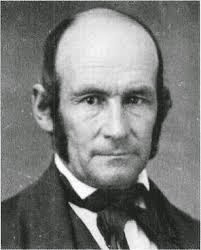 "I have noticed that a man who has but one wife, and is inclined to that doctrine, soon begins to wither and dry up, while a man who goes into plurality [of wives] looks fresh, young, and sprightly." - Apostle Heber C. Kimball, Journal of Discourses Vol 5, page 22

"I think no more of taking another wife than I do of buying a cow." - Apostle Heber C. Kimball, The Twenty Seventh Wife, Irving Wallace, p. 101.

Speaking to a group of departing missionaries... "Brethren, I want you to understand that it is not to be as it has been heretofore. The brother missionaries have been in the habit of picking out the prettiest women for themselves before they get here, and bringing on the ugly ones for us; hereafter you have to bring them all here before taking any of them, and let us all have a fair shake." - Apostle Heber C. Kimball, The Lion of the Lord, New York, 1969, pp.129-30.