Although this might seem trivial to some, attending an LDS Temple is considered one of the highlights of an active Mormon's Life.

In Brazil, where the average income is about 20 percent of what it is in the United States.  Travel to a temple can be a overwhelming sacrifice for Mormons.

These facts demonstrate that the LDS Church is NOT a worldwide church but focuses its money and resources in the United States far more than in South America or elsewhere. 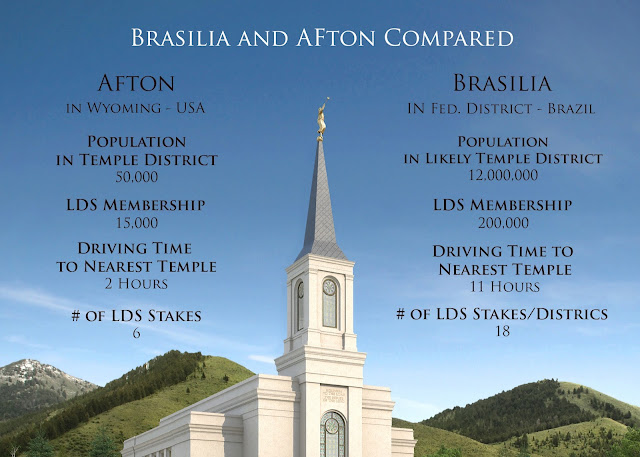 As of October 2016, there is no Temple in Brasilia announced.

The nearest temple is in Campinas, Brazil which is 11 hours by car or a 2 hour flight.
LDS Members in Matto Gross would have to drive more than 24 hours to reach a temple.
Email ThisBlogThis!Share to TwitterShare to FacebookShare to Pinterest